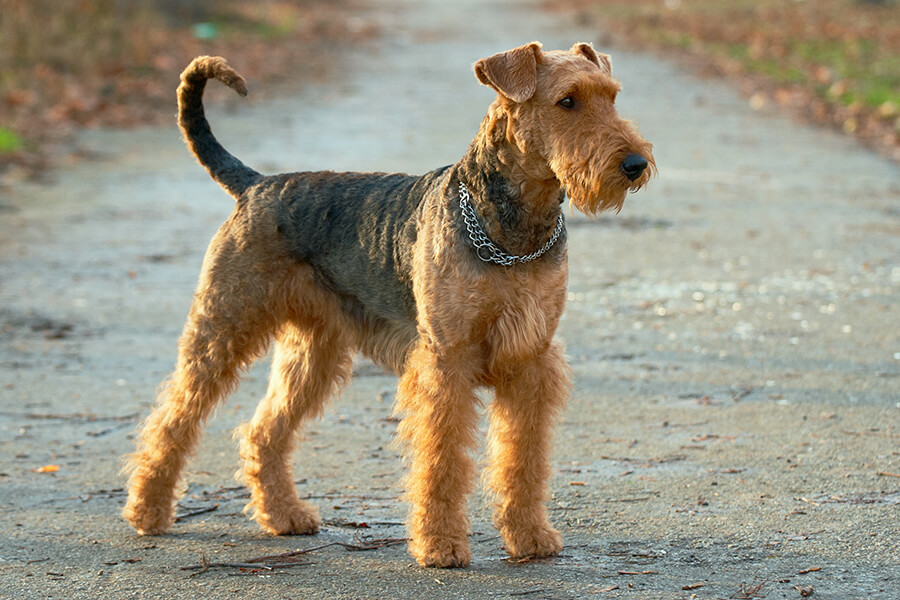 Largest of the Terriers, a muscular, active, fairly cobby dog, without suspicion of legginess or undue length of body.

COLOUR
Body saddle black or grizzle as is top of the neck and top surface of tail. All other parts tan. Ears often a darker tan, and shading may occur round neck and side of skull. A few white hairs between forelegs acceptable.

Keen of expression, quick of movement, on the tiptoe of expectation at any movement. Character denoted and shown by expression of eyes, and by carriage of ears and erect tail. Outgoing and confident, friendly, courageous and intelligent. Alert at all times, not aggressive but fearless.

Legs carried straight forward. Forelegs move freely, parallel to the sides. When approaching, forelegs should form a continuation of the straight line of the front, feet being same distance apart as elbows. Propulsive power is furnished by hindlegs.