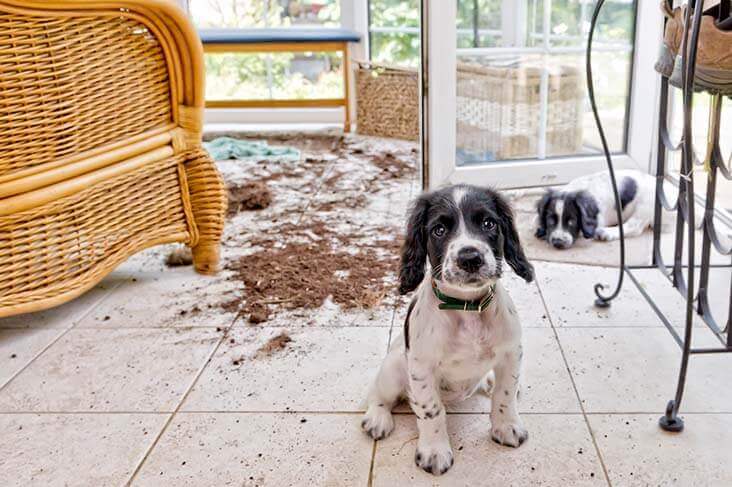 Suzi is an expert dog behaviourist and dog trainer. Suzi grew up with a love of all animals. After leaving school Suzi attended University College Dublin to study Zoology. Following her honours degree she was accepted into Edinburgh University to study at the Royal Dick School of Veterinary and graduated with Masters in Applied Animal Welfare and Behaviour.

On returning to Ireland Suzi began working for Dogs Trust Ireland while continuing her education in the area of dog training and behaviour. Following on from that Suzi began employment with the Irish Guide Dogs for the Blind as a supervisor in Dublin and in 2010 qualified as a puppy trainer for Guide Dogs worldwide.

Suzi also worked with the veterinary department of Dublin Zoo on a nutritional research project for captive wild animals. Suzi then set up a dog training and daycare centre called Positive Dog Training in South Dublin where she co ran it for 5 successful years. Suzi left to pursue her love of dog behaviour and training.

In 2009 Suzi was nominated for an Ireland Involved award for her extensive work with rescue dogs and was a runner up in the Animals and Environment category.

Suzi has attended numerous seminars on dog training and handling including those presented by Dr. Ian Dunbar, Sarah Kalnajs, Victoria Stilwell, Sarah Whitehead, Jim Crosby and Sarah Fisher. Suzi has also written many articles on dog training and welfare which have been published in newspapers and online resource websites.  Suzi has worked as a behaviourist on both TV, radio and has also worked training dogs in the film industry and as a professional behaviourist for Pedigree campaigns.

Suzi has also given classes and lectures to other professionals and students in the field of animal behaviour. Most recently Suzi has guest lectured for several colleges in Dublin as well as compile and present a 6 week course on dog behaviour for mature students.

Jim is the Behaviour Consultant to the Irish Kennel Club and was the first person in Ireland to receive a Master of Science degree in Companion Animal Behaviour Counselling from Southhampton University, having undertaken research in canine-human relationships and the law in 1999.

Jim is a specialist in dog and cat behaviour problems; particularly children and dogs. Drawing on his previous experience as a Primary School teacher, Jim understands the scientific basis of dog training and has helped many people who have since gone on to become established dog trainers

Jim has run a behaviour clinic from Wenden Boarding Kennels, Dublin, for the last 20 years.  Taking veterinary referrals, Jim was the first behaviourist to be recognised by Allianz Pet Insurance for insurance claims. He has provided expert witness services to the District and High Courts for injury cases, neighbour disputes and employment cases involving companion animals.

Jim speaks regularly to dog breed clubs on behaviour and has provided talks and webinars on continued professional development for the veterinary industry and was a speaker at the Irish Veterinary Nurses Association first annual congress and the Irish Dog Groomers Association annual events.

Jim is author of IKC submission 2019 to the Irish government on the review of dog laws, including breed specific and muzzling legislation. He is Co-Author of the IKC/DSPCA joint submission on the review of the Dog Breeding Establishment Act on the control, licensing and welfare of commercial dog breeding.