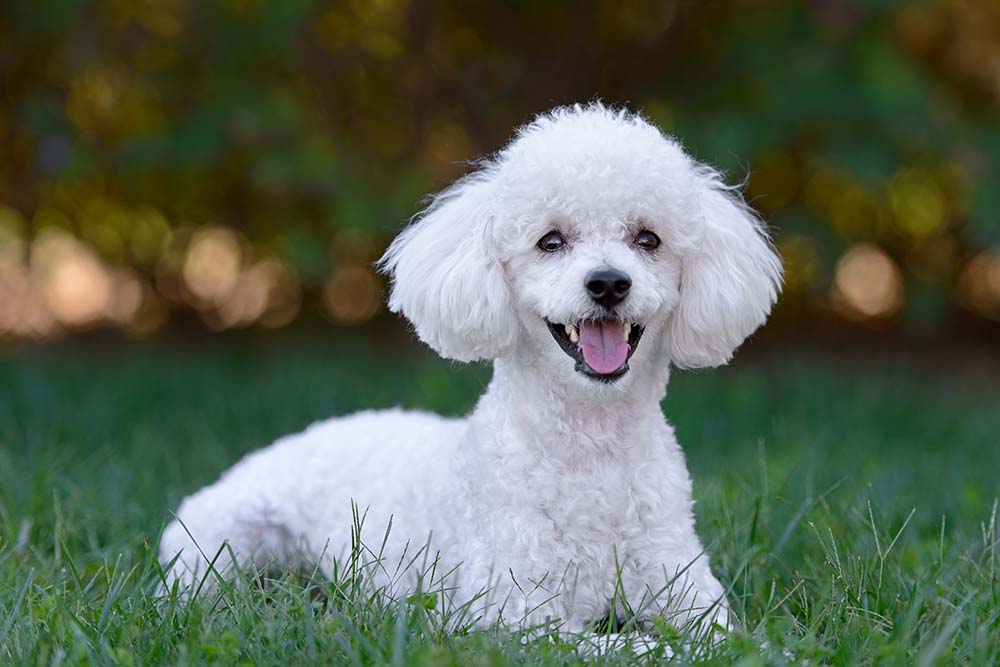 The word 'Poodle' usually conjures up an image of a pampered pet in peoples minds. In fact, the Poodle, a dog of many sizes being found in 3 sizes, the Toy Poodle, Miniature Poodle and Standard Poodle, is often cited as being in the top 5 for intelligence in dog breeds and is an excellent multipurpose dog, excelling at many canine sports. The Poodle is a very independent and clever dog, who likes to express its feelings.

Where did the Poodle originate?

The Poodle as a breed has been around for many years and was bred as a water dog to retrieve game and fowl from rivers and lakes. The name 'Poodle' is thought to be a derivative of the old German extraction 'pudeln' which translates roughly as 'to splash in water'. The exact origins are unclear. Whether its ancestors originally hailed from the East or Africa is debateable, but it is believed that they eventually found their way to Europe, notably Portugal, where one of its alleged cousins, the Portuguese Water Dog hails from. Having very similar appearances, this is not impossible. The 3 sizes of Poodle have existed for centuries, with the larger sizes working in the field, and the smaller sizes being kept as companions. The toy variety, sometimes know as the 'Sleeve Poodle' was sometimes kept in the sleeves of its owners and was used as a hand warmer. Poodles have had a very colourful history being kept by nobility and royalty, through to travelling people. They have been utilised in every possible role a dog could fill and to this day remain a popular companion.

Poodles have a luxuriant, even textured and curled single coat which does not shed a great deal, making it a good choice for people with allergies. Its coat is always a solid colour, and comes in a variety of colours including black, white, cream, silver, apricot, red, fawn and brown. The coat is frequently darker in colour around the ears, but otherwise is usually a regular colour all over the body. The colour of the nose and lips is usually black but is also proportional to the coat colours, with the lighter coloured coat liver or slightly paler skin is allowed. All sizes of Poodles are very well proportioned and have well-muscled hindquarters which is sometimes enhanced by the variety of cuts the coats are seen with. The desired appearance is boxy with strong legs, back and neck. The head of the dog is narrow with a tapered muzzle, dark and fiercely intelligent eyes and ears that flop forwards onto the cheeks.

Will a poodle Have a Good Temperament?

As a very intelligent dog, Poodles can get bored quite easily if not enough mental and physical stimulation is provided. This needs to be in the form of exercise, play, learning and obedience. The Poodle is very capable of learning new commands and has a talent for learning tricks, the reason why, along with its showy appearance, it used to be used on a regular basis in circuses. They are playful patient and loyal to the family, but can be reserved with strangers until they get to know them. This makes them (all sizes) good watch dogs and they will readily bark to alert of anyone approaching the home. They are very companionable animals and like children and other animals, however the usual early socialisation will not hurt at all. The Poodle has a high energy and drive, even the Toy variety, and requires at least two walks per day, and it can become destructive if an outlet for this energy is not given to it. Do not make the mistake of thinking that the Toy Poodle is not energetic. While, of course, it does not need to walk as far on a daily basis as it larger counterpart, it still needs a structured exercise routine. The only real comment on difference with regards to the size is that the Toy size does need careful handling as it is quite small and cannot tolerate too much rough house play as it could be easily injured.