Why your Pet is always your best friend! 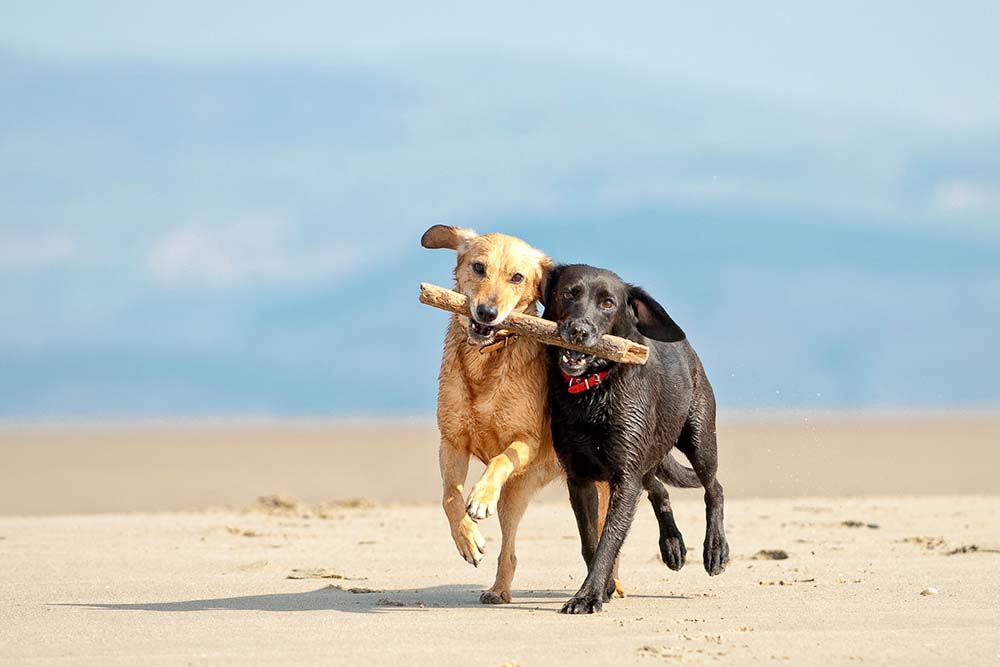 Need another reason to love your pet? Numerous studies have shown that dogs and cats are good for human health.

I’m a passionate advocate for the human-animal bond — that's not a surprise to anyone. That link between us and our dogs, cats, horses, birds and other pets goes beyond unconditional love and companionship. The invisible ties that bind us to our pets can have a dramatic impact on our lives and our health.

Why is the human-animal bond so important, and how do we benefit from having pets? Here are what I see as the top three reasons.

They’re Good For Our Health

Living with an animal, or even just visiting one, can have health benefits, including improvements in mental, social and physical health. That’s not just based on anecdotes — a number of studies have validated this truth.

Take dog walking: A study published in the March 19, 2016, issue of The Gerontologist (a journal about old folks) found that people who walked their dogs regularly had less body fat, were more able to get around easily, visited the doctor less frequently and exercised more often and in a more energetic manner. The people who were most bonded to their pets were more likely not just to walk their dog but also to spend more time walking the dog on each walk.
In a different study, a walking program that matched sedentary people with therapy animals resulted in the participants increasing the time and distance they walked over a period of a year. They were motivated because they knew the dogs needed them. The takeaway? A relationship with a dog may be a positive influence on physical activity for adults.

There’s more: Fibromyalgia patients at a pain-management facility who spent time with a therapy dog instead of in a waiting area showed decreased pain levels and significant improvements in mood. Therapy dogs have also been found to have a positive effect on patients recovering from total joint arthroplasty. Other studies have found that the presence of a pet lowers blood pressure in times of mental stress. Pet owners have higher one-year survival rates following heart attacks, and people who live with pets appear to have a reduced risk for non-Hodgkin’s lymphoma and diffuse large-cell lymphoma.

They’re Good For Our Kids

Children can benefit from pets, too. My daughter Mikkel remembers sharing secrets with her dog Scooter. Mikkel says being comfortable with Scooter also helped her deal with her shyness and gave her a way to relate to other people.

And it's not just shy kids who benefit from pets. One study found that an animal’s presence increased positive social behaviors among children with autism spectrum disorders. Another discovered that the presence of a dog helped children focus on tasks.

Pets can be powerful allies for kids battling health problems, too. In a study, therapy animals helped pediatric cancer patients become more motivated to participate in their treatment. Those kids were also more likely to stay optimistic and want to “get better.”

Nearly every week, if not more often, I see news stories about pets who have saved people’s lives. They defend children from snakes, keep lost or injured people warm, bark an alarm to neighbors or alert people to fires. I could go on and on.

On New Year’s Eve, a man named Bob slipped and fell while outdoors, breaking his neck. His Golden Retriever, Kelsey, came to the rescue, keeping Bob warm in the frigid 24-degree weather by lying on him as well as barking for hours until help finally arrived. Bob survived, thanks to the bond between himself and his dog.
Pam Bartel of Portland, Oregon, credits her late cat, Spaghetti, with helping her fight back against anxiety, depression and the pain of fibromyalgia. At one point she considered suicide, but Spaghetti’s love and loyalty kept her going.
Pets like Kelsey and Spaghetti and the countless others who share our lives can help us connect with others in what is sometimes a scary or lonely world. The bond is so real that the American Veterinary Medical Association officially recognizes that it has major significance for veterinary medicine and notes its importance to pet owner and community health.
Pets! They’re good medicine, and without doubt the best friend you can possibly have. The unconditional love from, and for a pet is something that everyone should enjoy your during their lifetime.

At PetBond we strive to bond amazing pets with great people.

I would like to also acknowledge the contribution of my veterinary colleague Dr. Marty Decker in compiling this article.